It’s been a tough week.  Lately I find it even harder to read the newspaper than usual.  A few days ago, I flipped through the headlines of the Irish Examiner and was frustrated reading about the upcoming exodus of midwives from maternity hospitals, which will result in putting both mothers' and babies' lives at risk. Three newborns recently died at a hospital in Belfast.  Health-care, while essential, is lacking here.  I think society ought to protect the vulnerable.  The Irish government, however, has placed this sector of society at higher risk through recent budget cuts.

Feeling disheartened, I put my paper down and sipped my latté. I had just finished teaching a class and was at the café below the dance studio. A local artist I know passed by my table, and we began to chat about the depressing state of affairs in Ireland at the moment. She doesn’t read the paper anymore because it makes her feel too disempowered. We spoke about the need for more Positive News coverage. Good things are happening in the world, believe it or not!

This week I want to share a positive story with my readers.   Are you ready?

My daughter developed mosaic warts when she was 4 years old. We ignored them, assuming they would eventually go away. Over time they multiplied and grew larger and larger. Shortly after her 6th birthday, they spread from her hands- which were covered with nearly 30 warts- to her beautiful face. Although they didn’t hurt, she began to worry about being different. Other children no longer wanted to hold her hands or touch her because they feared catching the warts. She’s a shy child and internalizes her feelings, but I suspected the warts were beginning to have a negative impact on her self-esteem.

We went back to our GP. Previously I’d been advised to try wrapping my daughter's fingers in duct tape.  It didn't work.  Her dad tried chemicals with no luck.  My friend recalled an old Irish wives' tale, which involved rubbing the warts with a potato and burying it in the garden.  When everything failed, my GP said the warts would eventually disappear on their own, although it could take years before that happened.

On our last trip to the doctor's, she tried to freeze the warts off.  Nothing happened.  Finally we were referred to a dermatologist in the city. Our GP explained that my daughter might need to have the warts surgically removed. They would have to put her under general anesthetic because the process would be painful. She explained that there would possibly be scarring, and the warts could grow back. I was distressed by the news, but what was the alternative? Clearly something needed to be done!

I spoke to my mom on the phone and made a comment about homeopathy; I wished I could afford a consultation. Before money became so tight, we used to go to our local homeopath regularly. My mom generously offered to help out on this occasion, so I booked my daughter the next available appointment.

Homeopathy utilizes natural medicine and is based on the principal that like cures like. Rather than treating the symptoms- like conventional medicine does- the whole person is treated, based on their unique temperament. Therefore two people suffering from the same ailment will often need different remedies.

First aid kits and courses are available for common sicknesses, which can be treated at home. Remedies can easily be purchased at health food stores. They are much safer and cheaper than prescription drugs. Miranda Castro’s Complete Homeopathy Handbook has proven to be a great resource for me over the years. However, a visit to a qualified homeopath is necessary to heal more serious conditions.

As we entered the Harbour View Clinic, I hoped we would be helped. West Cork is blessed with a true healer; Angela Kearney has been practicing homeopathy for over 20 years and is dedicated to serving others. I first went to her in 1999 after my baby was hospitalized for asthma. She has helped my family many times. I have grown to trust and greatly appreciate her wisdom! She is a homeopath with a heart and genuinely cares about every patient.

Angela spent a lot of time with us that December afternoon. After the session I gave my daughter 3 doses of the prescribed remedy. Almost immediately her nose began to run. She had been congested, but now the goop flowed freely out of her body. This continued for nearly 3 days and was part of the healing process. A week after her first dose of Calc.Carb., the warts shrivelled up. Two weeks later they completely disappeared! We called it our Christmas Miracle. Unfortunately I didn’t take pictures.

Not long afterward, my middle child started to grow mosaic warts on his hands... yikes! It turns out they're a family problem. Again we ignored the warts, since they weren’t bothering him. Last fall a large wart developed inside of his nose though, which  was uncomfortable and sometimes bled.  By now his hands were getting worse, but not as bad as his sister's had been. I decided to book another homeopathy appointment in November.

My son’s experience was different, not so dramatic. This time Angela prescribed Sulfur. A month later we returned to her office.  The warts were 50% smaller. They were softening and changing color. She gave me more of the remedy, but advised me to only give a dose if the healing slowed down. I’m ashamed to say I completely forgot about the warts during the holidays...

It was only when my phone alerted me that we had another appointment this week, that I remembered to check. I couldn’t believe it when I looked at my son’s hands and the warts were gone! The painful one inside his nose? Gone.

Homeopathy cured both of my children!  Conventional medicine could only offer an invasive procedure, whereas homeopathy provided a gentle and effective alternative. It was the best money I’ve ever spent!

If my story has piqued your curiosity, why not try homeopathy for yourself? A typical consultation might last a whole hour. Prices vary, but a first visit could cost up to €70. Follow up appointments are usually necessary, but are generally shorter and less expensive. Some insurance companies now cover homeopathy, so it’s worth checking out. A directory of practicing homeopaths can be found on the Irish Society of Homeopaths’ website. If you’re living in the USA check out the North American Society of Homeopaths.

“The best remedy for those who are afraid, lonely or unhappy is to go outside, somewhere where they can be quiet, alone with the heavens, nature and God.
Because only then does one feel that all is as it should be and that God wishes to see people happy, amidst the simple beauty of nature. I firmly believe that nature brings solace in all troubles.”
- Anne Frank

I couldn’t agree more. Nature brings many gifts, and healing is among them. Wishing you good health and inspiration! 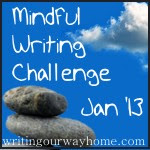